As you know, International Women’s Day is celebrated around the world on the 8th March. On this day, Moviment Graffitti, the Women’s Rights Foundation, Gender Equality Malta, Men Against Violence and Integra Foundation shall be organising a march entitled ‘Jum il-Mara – Semma’ Leħnek’, in order to denounce all forms of violence against women and sexism.

The march shall begin at 5.30pm at City Gate, Valletta, and will be followed by a gathering at Maori (Valletta) around 8pm for some drinks and music.

We will be there to support this important initiative…join us! You can also visit our Facebook event. 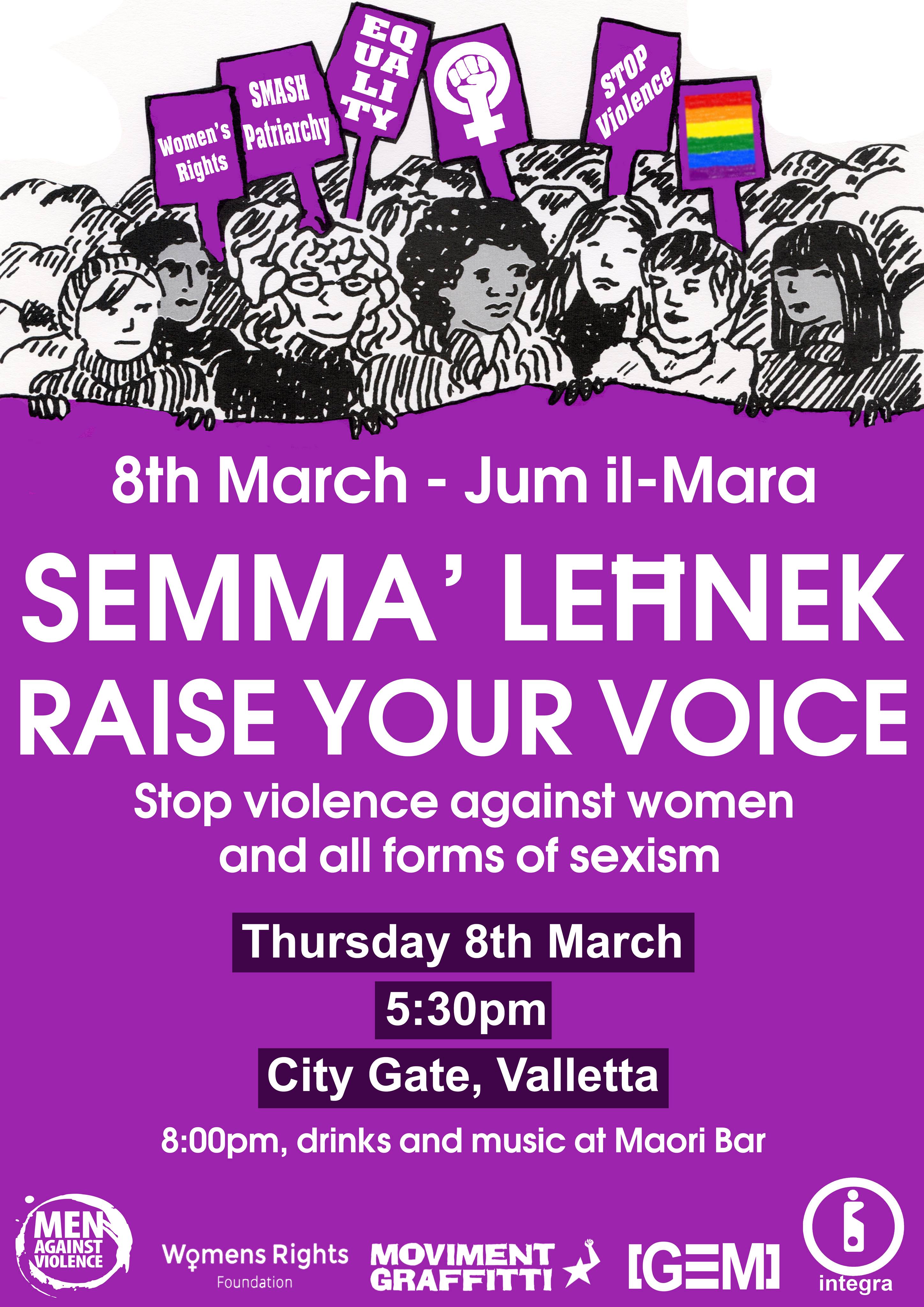 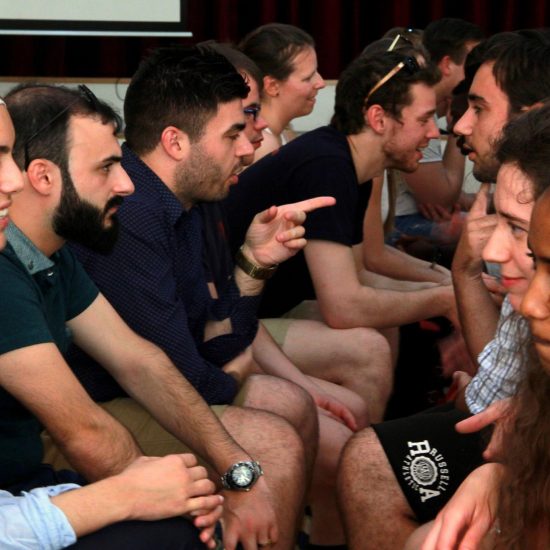 On Saturday 30 September and Sunday 1 October 2017, we held the first training course weekend of our project Youth, Not Status. 30 young people living in Malta, coming from different backgrounds and nationalities. Students, youth leaders, social workers and various trainers, gathered for 2 days at the Archbishop’s Seminary in Rabat.

The training course weekend was an opportunity for our participants to create a platform to exchange experiences, practices and methods for young people and youth organizations on how to address migration, integration and human rights issues at the grassroots. It also included discussions focusing on national youth actions and how to strengthen the awareness and mobilization of young people in relation to these issues.

The project, funded by Erasmus+, will bring together Maltese youth and young refugees and migrants in an open social dialogue with local authorities focused on key themes of migration and integration relevant to Malta, highlighting stories and experiences from a youth perspective.

The training is also an opportunity for brainstorming about ways in which young people can be mobilised into find solutions in common critical areas: such as political participation, prevention of violent extremism, cultural heritage, freedom of expression and media and information literacy.

The training course weekend was designed to encourage discussions between Maltese and migrant youth in order to increase knowledge and awareness on migration, to reflect about the effects of migration on the rights of young refugees, and to understand the challenges and potentials of cultural diversity, inclusion, social integration, youth work and youth political participation.

The 2 days of training were structured into 4 different sessions facilitated by our Assistant Director Carla Camilleri, Maria Pisani from Integra Foundation, Binda Consulting International and PRISMS Malta. The sessions focused on the following topics: 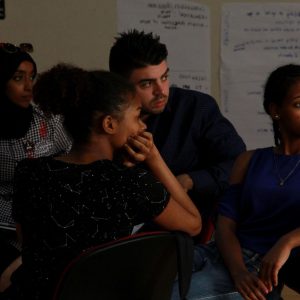 Due to the lack of information on the existing issues, preconceived ideas, the continuous criminalization of the irregular migrants and their presumed threat and youth civil society, Maltese and the refugee and migrant community are not empowered to act as a cohesive group.

The sessions held during the weekend aimed at strengthening the protection of the rights of migrants and to change the societal attitudes towards them by integrating human rights discourse and the dignity dimension into the public debate on migration.

The discussion among the participants concluded with two main objectives:

Youth, Not Status next training course will be held on the 11 and 12 November.

The topics will be:

If you need more info, don’t hesitate to get in touch with us: 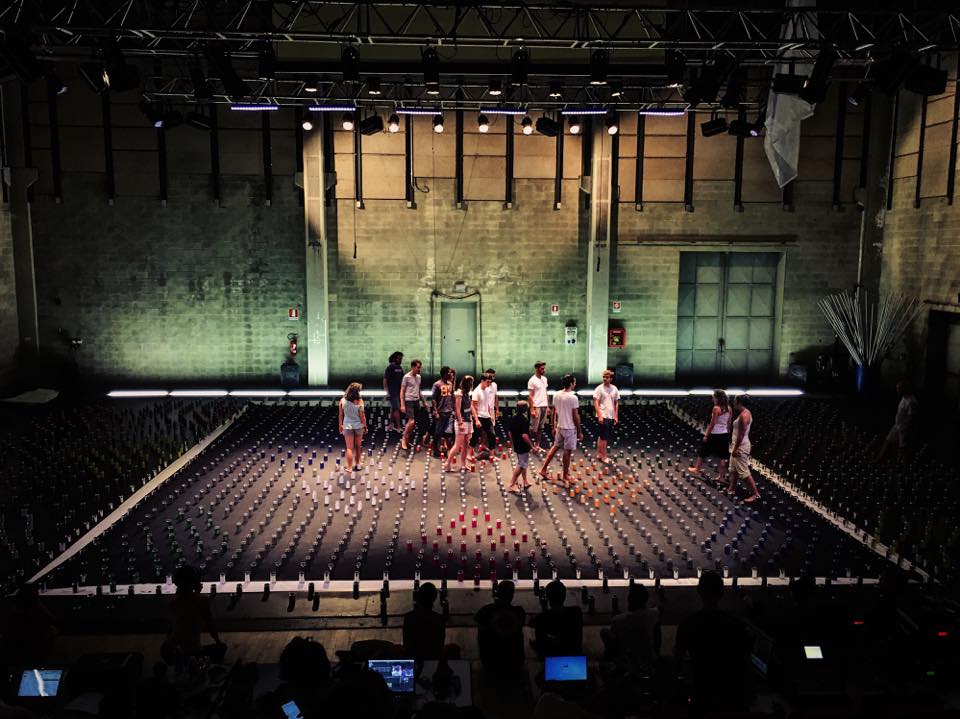 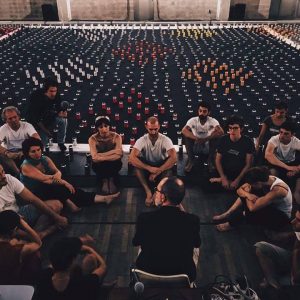 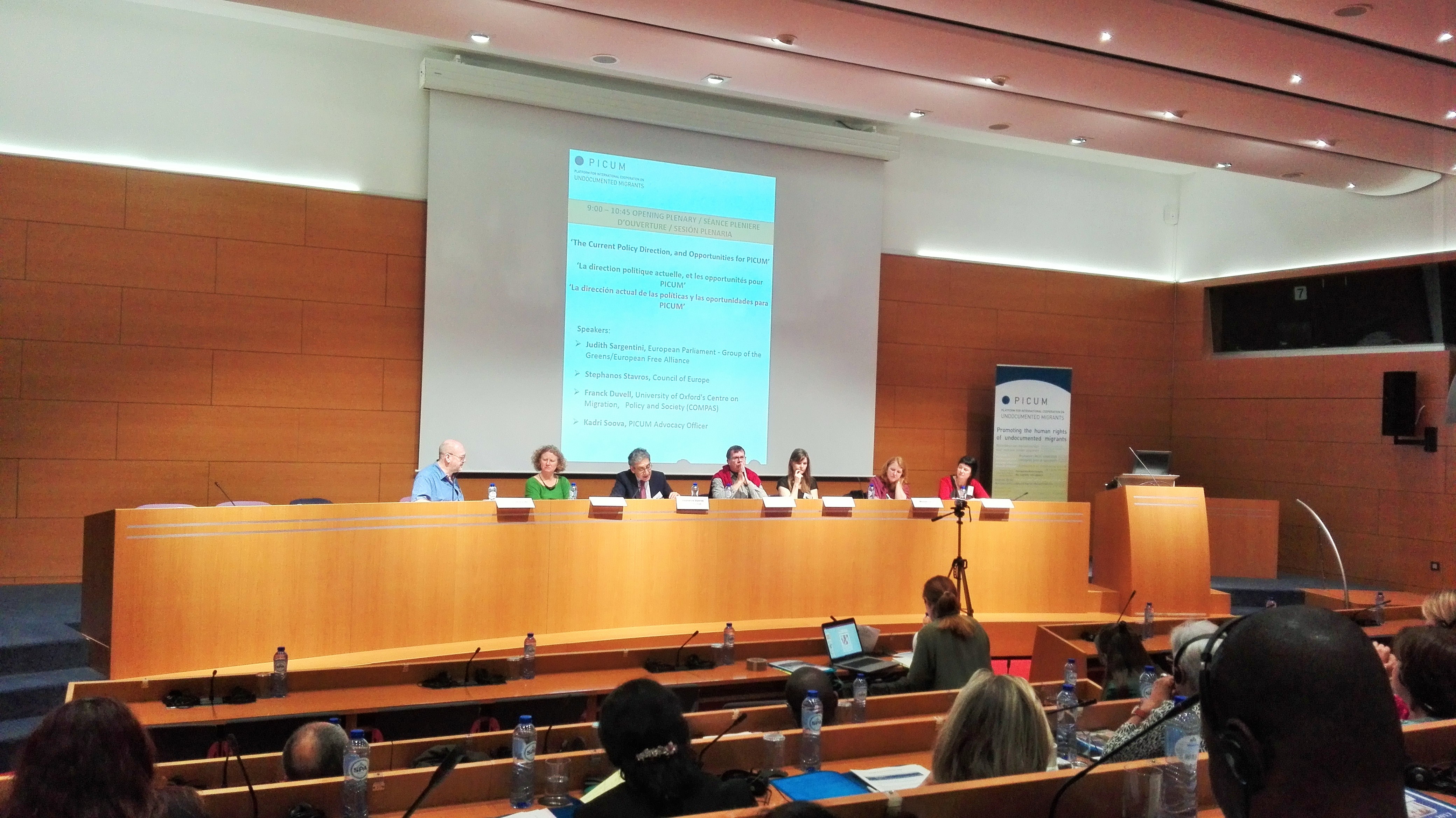 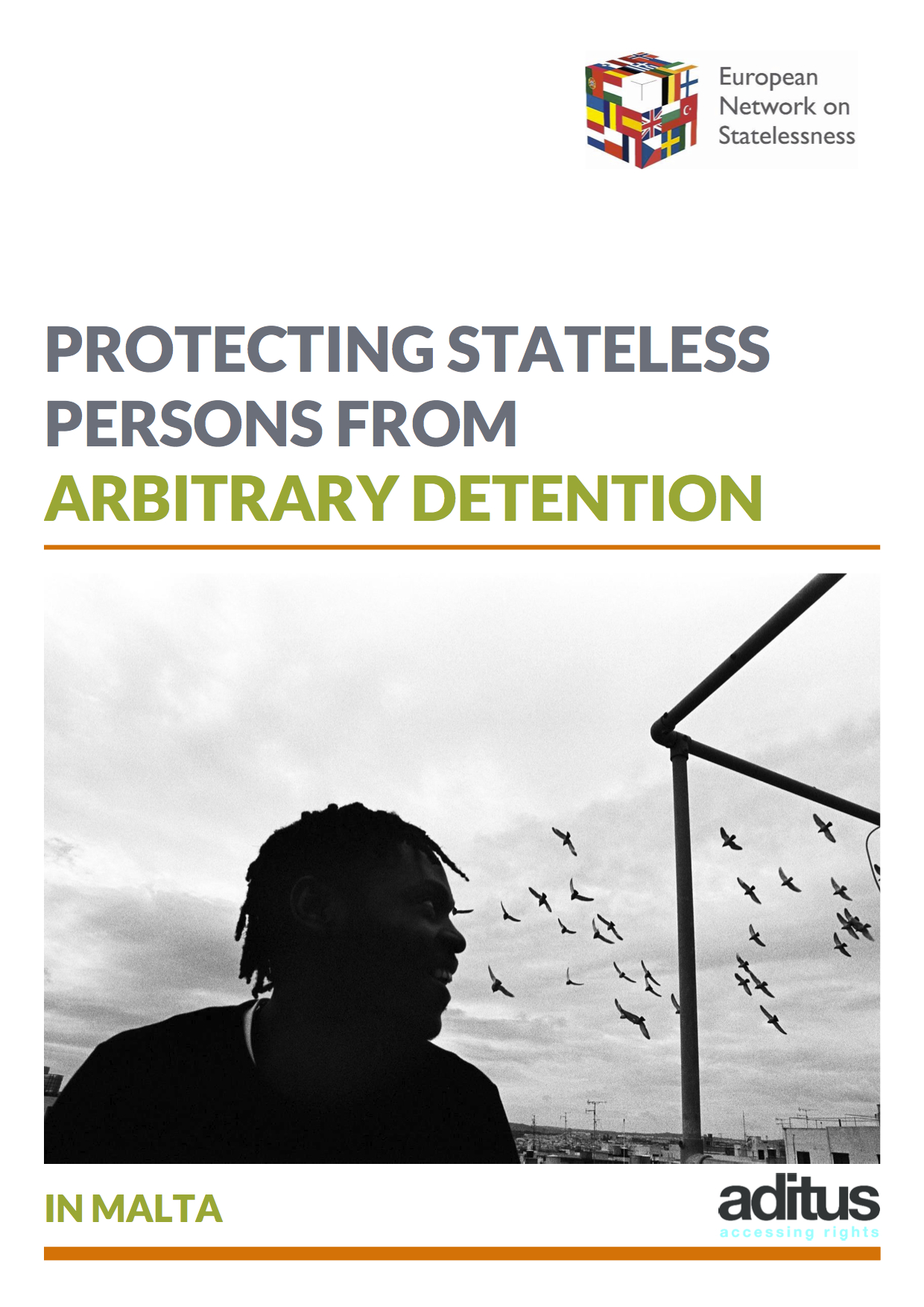