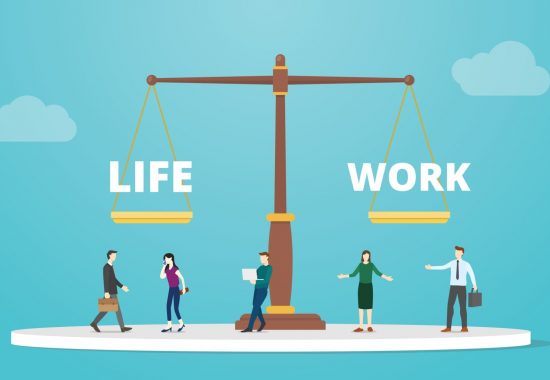 Eight organisations active in support of workers’ rights, parental rights and equality between women and men, have sent a letter to the General Workers Union (GWU) and Union Ħaddiema Magħqudin (UHM) to express their great disappointment at the role the unions played in the transposition of the European Directive on work-life balance, and to stress that this weak law should change.

The organisations expressed their deep dismay that during discussions, which happened behind closed doors on the Employment Relations Board, the unions agreed to the Directive’s transposition in a way that did not adequately take into account the needs of the female and male workers who have family and care responsibilities. Legal Notice 201 of 2022, which transposes the Directive, gives the least possible to workers in Malta, with the result that, in practice, the objectives of the Directive will not be achieved.

END_OF_DOCUMENT_TOKEN_TO_BE_REPLACED

The European Union Agency for Fundamental Rights (FRA) released the Fundamental Rights Report 2022 that assesses the key developments in the areass of fundamental rights from 2021, achievements and shortcomings. The report dives into many areas, with Malta featuring many times for the country’s shortcomings in the protection of fundamental rights, and for its achievements. This blogpost gives an overview of how Malta features in the FRA report, providing an interesting insight into human rights in Malta in 2021.

The report begins by discussing social rights and equality post-Covid-19 Pandemic, highlighting Malta’s plan to assess its unemployment benefit’s system, and to fund technological advancements to promote access to health care. Malta, among other EU Member States, plans to promote the active participation of persons with disabilities in social life through the recovery and Resilience Facility.

The report mentions the plan for an NHRI to replace the current National Commission for the Promotion of Equality for Men and Women. Malta was also praised for their recent inclusion of sexual orientation, racial origin and religion in the data collected by the Census of Population and Housing 2021. FRA reported that EU citizens and family members experience discrimination on the basis of their nationality where non-Maltese EU citizens are required to present pay-slips as proof of social security before receiving treatment from public healthcare providers, whereas Maltese citizens are only asked to present identity cards.

END_OF_DOCUMENT_TOKEN_TO_BE_REPLACED

On the 23rd June 12 NGOs and civil society organisations, including aditus foundation, sent a letter to our 6 MEPs asking them to support and vote in favour of the Matić Report. This Report on the situation of sexual and reproductive health and rights in the EU, in the frame of women’s health was presented for approval to the European Parliament by MEP Predrag Matić on the 24th June 2021.

END_OF_DOCUMENT_TOKEN_TO_BE_REPLACED

aditus foundation is extremely happy to see Malta adopting marriage equality legislation. It is our firm belief that all persons should be entitled to access and enjoy the right to marry and found a family, irrespectively of their sexual orientation, gender identity or other innate characteristic.

When advocating for the adoption of the Civil Unions Act, we had unequivocally stated that whilst the legal recognition of same-sex couples established through civil unions was a historical moment for Malta’s human rights progress, falling on step short of introducing marriage equality was indeed a pity.

The Bill is essentially a law of language, to the extent that what is being said is far less important than how it is being said. By introducing a series of amendments to various legal instruments, the Bill seeks to render marriage – its processes but also its ensuing rights and obligations – as gender neutral as possible in the way it is described at law and, importantly, at the political and social levels.

Although understandably challenging for some sectors, this shift in perspective by no means diminishes the personal, social and national value of marriage but rather strengthens its possibility of being conceived of and approached in as most an inclusive and welcoming approach as possible.

Yet it is ambitious and incorrect to define the Bill as an instrument that will allow all consenting adults to enjoy the right to marry, and a number of concerns ought to be flagged.

Whereas the Bill focuses almost exclusively on broadening marriage for it to include same-sex couples, it maintains the discriminatory and degrading status quo whereby persons in an irregular migration status are denied access to marriage, due to their impossibility of producing the required documentation.

The relevant authorities have done very little to seek alternative options with a view to resolving these difficulties, thereby continuing to deny marriage to an already marginalised population.

The Bill also ignores the challenges faced by refugees and migrants who remain bound by the civil status declarations they make before the Office of the Refugee Commissioner, usually within days of their arrival in Malta.

There is a need for the Government to appreciate the state of mind, thought process and personal circumstances of a person landing Malta – in many cases following a gruelling journey by boat – and declaring the status of single or married, before taking that statement as eternally binding.

Furthermore, the Bill also maintains the privileged position enjoyed by the Catholic marriages, whereby these are – if validly contracted – recognised by the State, and have the same civil effects as a marriage celebrated under the Marriage Act.

In an increasingly diverse Maltese society, where religious freedom and non-discrimination are Constitutionally protected, there is no reason why a revised Marriage Act should continue to exclude such recognition to marriages validly celebrated according to the rites of other religions and denominations.

aditus foundation also feels that the Bill needs to incorporate or trigger further amendments to truly ensure gender equality in marriage, beyond the linguistic changes proposed in the Bill.

Examples of existing practices that act against the role of women in marriage, and therefore in society, include presumptions made (in practice, now in law) for the purposes of inland revenue and social security, as well as the impossibility of new fathers to spend quality time with their children.

aditus foundation therefore welcomes the Bill and is looking forward to appreciating its dramatic impact on the LGBTIQ+ community.

We however strongly urge the Ministry to revise the Bill in order for it to truly fulfil its stated purpose: “to modernise the institution of marriage and ensure that all consenting, adult couples have the legal right to enter into marriage.”

This press release is accompanied by our detailed commentary on the Bill.

Although we work extensively with anti-discrimination topics, we have only briefly touched on women’s rights and gender roles.

The Burning Bikinis project (1 March 2016 – 28 February 2017) will allow us to explore feminism in Malta from a historical perspective by looking at events that happened in Malta, through talking to those who lived it and adopting an introspective voice by inviting Malta to reflect on today’s role of women in the community.

We feel this is also relevant in the light of recent debates in Malta on the veil, and other cultural influences that impact the way Maltese women see themselves and are seen by society.

The aim of Burning Bikinis is ultimately for the community to reflect on recent history which remains largely unexplored, to take stock of it and to make it their own.

Collective memory will be tapped into to elicit popular perceptions of gender stereotypes, their evolution and their impact on contemporary Maltese society.

The next step would be for the public to use those events in order to analyse the effect this had on gender roles and on female emancipation in Malta.

Finally, the participants, readers, spectators will be made to consider the status quo 55 years later, to ask:what is the shape of Maltese feminism?

With the support of Arts Council Malta, Creative Communities.