aditus foundation invites the public to participate in an informal discussion on the importance of how suspects are presented in Court and in the media and the impact that this may have on the presumption of innocence.

The panelists will discuss the importance of how suspects are presented in court and in the media and the impact that these may have on the presumption of innocence.

Participation is open to the public and free of charge. Refreshments will be served. 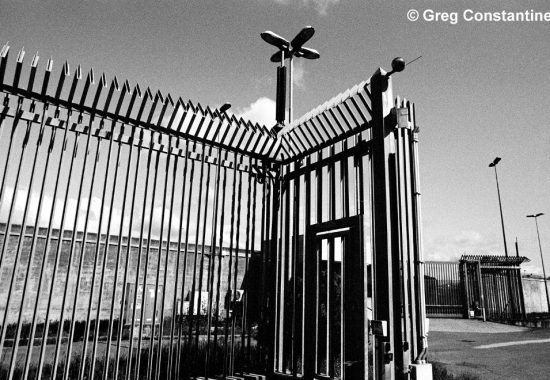 Fair Trials, in conjunction with the Centre for European Constitutional Law, invited aditus to participate in a practitioner training event that centered around fair trial rights in criminal proceedings and in particular on the body of EU legislation regulating such. Although criminal law remains largely within the remit of Member State competence, increased criminal justice cooperation at an EU level and cross-border activity require harmonised measures in order to strengthen procedural guarantees and the protection of fair trial rights. The Council Roadmap for strengthening procedural rights of suspected or accused persons in criminal proceedings outlined a number of proposals for the laying down of minimum standards on procedural rights across the EU which bind national authorities in all cases, including those that do not have a cross-border element. Three Directives have been adopted since:

The right to Interpretation and Translation in criminal proceedings regulates the suspected and accused persons’ right to interpretation during police interrogations, court hearings and in meetings with their lawyer and also the right to the translation of essential documents. The underlying rationale of this Directive is that non-national suspects have the right to be able to understand and to be understood during criminal proceedings when they not speak or understand the language of the proceedings. This Directive was implemented into Maltese Law by Articles 534AC and Article 534AD of the Criminal Code.

The Right to Information in Criminal Proceedings requires that all suspects and accused persons receive information relating to their procedural rights (and Letter of Rights) and to the accusation. In addition it grants the right of access to the case file where a person is arrested and detained at any stage of the proceedings. This Directive was implemented into Maltese Law by Articles 534AB and Article 534AF of the Criminal Code.

The Right to a Lawyer Directive reflects the key principles laid down in the landmark Salduz judgment where the ECtHR stated that “Access to a lawyer should be provided as from the first interrogation by police (…) The rights of the defence will in principle be irretrievably prejudiced when incriminating statements made during police interrogation without access to a lawyer are used for a conviction.“

This Directive applies to suspects or accused persons in criminal proceedings from the time when they are made aware that they are suspected or accused of having committed a criminal offence, and irrespective of whether they are detained. Importantly, Member States need to ensure that suspects or accused persons have the right to meet in private with their lawyer, including prior to questioning  by the authorities and have the right for their lawyer to be present and participate effectively when questioned.

In implementing the Directive, Member States have to ensure (i) that suspects or accused have an effective remedy under national law in the event of a breach of rights and (ii) that during criminal proceedings, in the assessment of statements or of evidence obtained in breach of the Directive, the rights of the defence and the fairness of the proceedings are respected.

The Directive has not yet been implemented into Maltese law and to date no draft bill has been made public. In particular it would be interesting to see what national rules would be introduced in the event of breach of rights, such as rules on the invalidity or exclusion of evidence taken without access to a lawyer, the redoing of certain steps by discarding those steps carried out in breach of the law or the retrial or dismissal for fundamental breaches.

The lawyers present for the training were provided with updated information on the implementation and application of the Directives and landmark case-law both from the ECtHR and the CJEU. A module on the use of EU law at national level centered around the use of Directives directly in national courts and their relationship with the European Convention on Human Rights and the EU Charter of Fundamental Rights. A national expert provided the local focus module during which the Maltese lawyers present discussed local legislation implementing the Directives and the practical difficulties faced when applying them at the stage of interrogation, pending and during trial.

Throughout the sessions it was stressed that in order for the Directives (and national implementing legislation) to be effective their provisions must and should be invoked by lawyers in individual cases at a national level. It remains to be seen which national remedies are available and how effective they will be in the event of breaches of the above rights. Information on applying EU law regulating defence rights in national courts can be found on the Fair Trials website. Additionally, information on enforcing individual rights under EU Law in Malta can be found in Enforcing One’s Rights Under EU Law, 2011 (ed. Prof. E. Buttigieg), a University of Malta publication.

aditus statement: “Right of access to lawyer need to be strengthened“, Monday, October, 2011