Today the European Council on Refugees and Exiles (ECRE) published the country report covering all aspects of asylum in Malta. Published within the Asylum Information Database project (AIDA), the country report provides valuable information on legal and policy issues, as well as an insight into realities on the ground.

AIDA is a database containing information on asylum procedures, reception conditions, detention and content of international protection across 20 countries.

As with all country reports, the Malta report is the most comprehensive document on asylum in Malta, an extremely useful reference tool for law- and policy-makers, judiciary, NGOs, academics, etc.

The Malta report was prepared by aditus foundation and JRS Malta.

We hope you’ll find this report useful in your work, and thank all entities that provided information for our research.

In the implementation of their international obligations, European and EU states have devised sophisticated asylum systems based on complex procedural tools. In some cases, tools are designed and used for the purpose of avoiding responsibility for refugees, because they allow claims to be dismissed as inadmissible before looking at the substance of the claim.

The recent EU-Turkey deal and the European Commission’s proposal for harmonised asylum procedures under an Asylum Procedures Regulation, for instance, revolve around concepts such as “safe third country” and “first country of asylum”.

A report launched today by the Asylum Information Database (AIDA), managed by the European Council on Refugees and Exiles (ECRE), documents the limited and fragmented application of admissibility and safe country concepts in 20 European countries.

“The latest reform of the Common European Asylum System brings the concepts of admissibility, responsibility and safety to the forefront of European asylum procedures, by introducing an obligation on Member States to deem applications inadmissible on the basis of ‘first country of asylum’ and ‘safe third country’ grounds”, says Minos Mouzourakis, AIDA Coordinator.

“Yet such a move seems ill-fitted in the absence of evidence-based knowledge on the use and interpretation of these concepts throughout the continent.”

The recent introduction of broad lists of “safe third countries” in countries such as Hungary, as well as the pressure placed on Greece to apply the concept following the EU-Turkey deal, run counter to practice in countries with longer-entrenched safe country concepts in asylum procedures. Countries with longer experience, and often judicial guidance, in the application of the “safe third country” concept have clarified that an asylum seeker cannot be considered to have a “sufficient connection” with a third country merely on the basis of transit or short stay.

The report also discusses the implementation of the Dublin Regulation and the emergency relocation scheme, two instruments regulating the allocation of asylum responsibility within the EU. As far as relocation is concerned, despite extremely slow rates of implementation in Europe, countries such as France and Portugal have designed processes for the swift processing of claims by persons relocated to their territory and their allocation to the different regions where applicants will be accommodated.

Drawing on the AIDA report, ECRE calls on European countries and EU institutions to:

The overall goal of the database is to contribute to the improvement of asylum policies and practices in Europe and the situation of asylum seekers by providing all relevant actors with appropriate tools and information to support their advocacy and litigation efforts, both at the national and European level.

In Malta, the AIDA partners and researchers are aditus foundation and JRS Malta.

THE REPORT IS AVAILABLE HERE.

Now is the time to act. We, the undersigned NGOs, urge states participating in the Valletta Summit on Migration to act decisively and urgently so that people will no longer die in their desperate search for protection in Europe.

Since October 2013, at least 6,892 men, women and children have perished in the Mediterranean attempting to reach Europe.

The summit, convened by the European Council in response to the rising numbers of refugees and migrants arriving in Europe irregularly, is an opportunity to go beyond words to concrete action.

The vast majority of the migrants entering Europe through the sea routes across the Mediterranean are Syrians, Eritreans, Afghans and Somalis – people with a strong prima facie claim to protection. Others are seeking the opportunity to live with dignity, which they absolutely cannot do in their home country. All resort to travelling irregularly because it is impossible for them to gain legal admission into Europe, whether to seek protection, find employment or access education.

Faced with this unprecedented challenge, so far EU Member States’ response has been more of the same: the emphasis remains largely focused on strengthening border control, improving existing mechanisms for returning migrants who do not qualify for protection, and increasing support for countries hosting large numbers of refugees outside Europe.

So far no real steps have been taken to increase the avenues for legal migration or to create safe and legal ways for people to reach a place where they can obtain protection – so refugees are forced to entrust themselves into the hands of smugglers and risk their lives. Resettlement pledges remain, at best, a token compared to the number of refugees being hosted in countries outside the EU.

Possibly most worrying, the needs of refugees and migrants are hardly taken into account and their voices are completely unheard. Refugees are looking for protection, which is about more than mere survival – it is about the possibility to belong to a community once more and to build life anew. Unless and until we take this into account, people will effectively be denied the protection to which they are entitled and, worse, they will continue to lose their lives in their attempt to find life.

So we urge participating states to put people first and to use the Summit to put in place concrete steps to:

→     Allow asylum seekers to access protection safely and legally, through measures such as: broadening existing rules so they can be reunited with their families; granting humanitarian visas and introducing mandatory and realistic quotas of resettlement.

→     Ensure that asylum seekers are received in conditions of dignity and that refugees are able to truly enjoy their rights.

→     Guarantee that those who do not qualify for asylum are treated with respect and that any returns are carried out in full respect for the principle of non-refoulement, in conditions of safety and dignity. 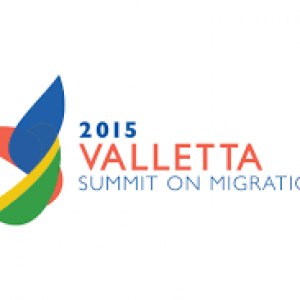 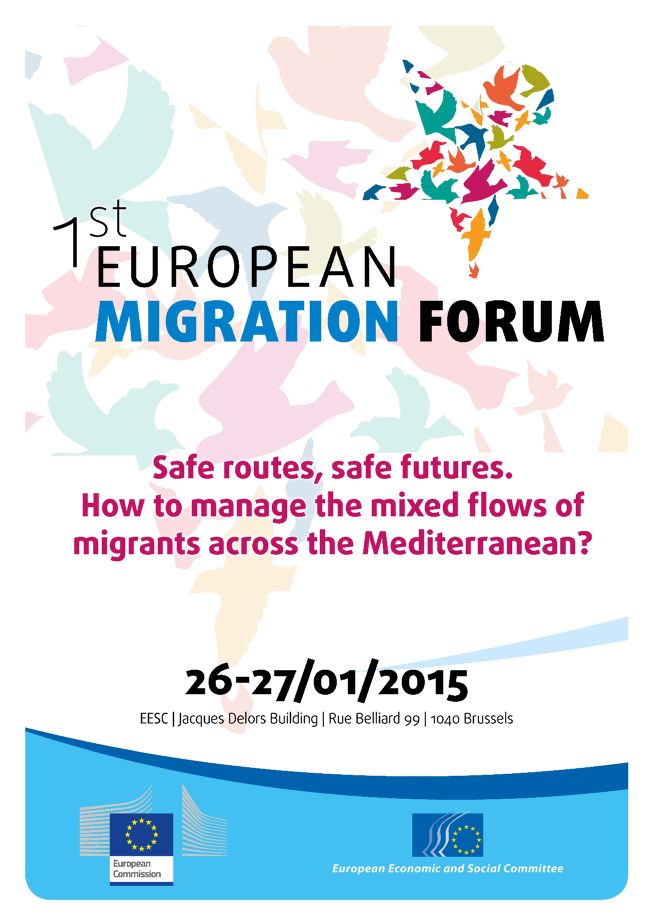 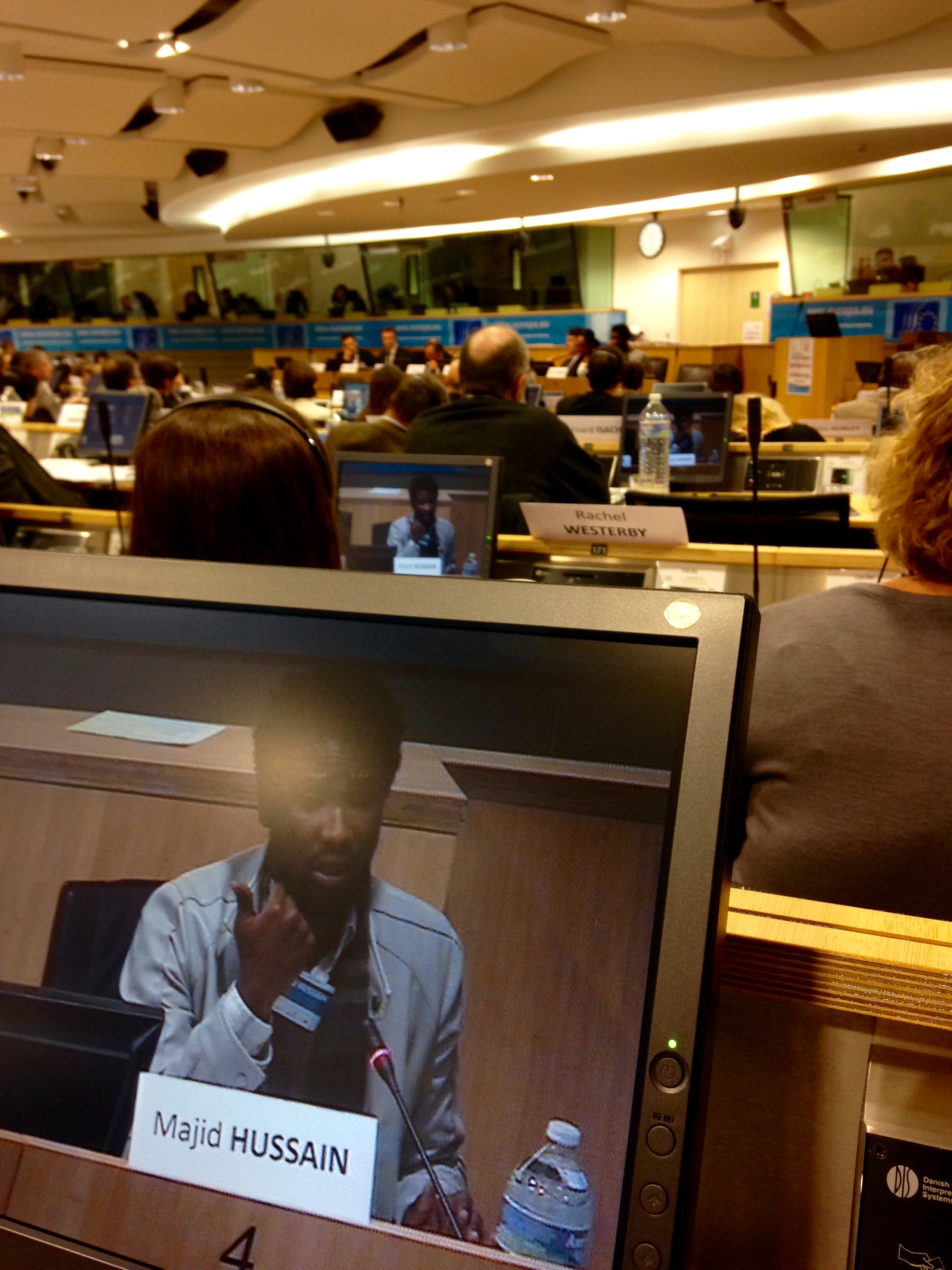 Returning forced migrants to Libya or failing to rescue them from sinking boats would put them at serious risk of inhuman and degrading treatment and could threaten their very lives.

Last week, the Court of Appeal ruled that the forced return of two Somali nationals to Libya in 2004 violated their human rights. The ruling underscores the unacceptable nature of the government’s declaration that Malta does not exclude returning migrants to Libya when it is tragically clear from countless reports that they will be in serious danger if returned.

Several migrants who arrived in Malta on 4 July 2013 described the suffering they faced in Libya. Many were detained for a long time in very harsh conditions and faced severe abuse. At least one migrant was shot in detention. They said sub- Saharan African migrants are still targeted for abuse in a scenario of rampant violence and insecurity in many Libyan towns and villages, where firearms and other weapons are readily available.

Their accounts are confirmed by credible reports by human rights agencies, which document several instances of deportation, torture and ill treatment of migrants held indefinitely in Libyan detention centres. Little more than a week ago, Amnesty International reported that on their visit to detention centres in Libya they met many migrants, including women, who had been brutally beaten with water pipes and electric cables. Some were left permanently disabled by their injuries.

The appeal court judgement, like the Hirsi v Italy judgement of the European Court of Human Rights before it, stresses that governments cannot send people to a country where there is a real risk that they will face serious harm and claim they were ignorant of the dangers, when these were so well documented by credible international organisations.

As the court makes clear, every single person, whether or not she enters the country legally, must be protected from cruel, inhuman and degrading treatment, for the simple reason that she is a human being and has fundamental rights that cannot be denied.

The judgment illustrates that failure to offer this protection can have devastating consequences: of the six migrants returned to Libya in 2004 only two made it back to Malta. The rest died in the desert when they were deported to the Libyan border after months of imprisonment in terrible conditions.

While we support Malta’s calls for increased responsibility sharing in migration issues, we, the undersigned NGOs, call on the Maltese government to publicly commit to ensuring full respect for the life of each and every migrant who needs protection and for Malta’s international obligations.

This statement is being issued by the following organizations, and can be downloaded here: