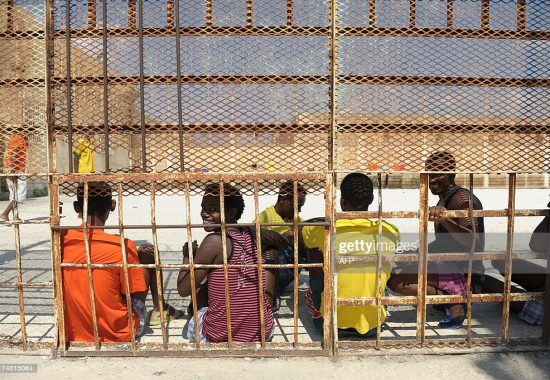 Minors being hosted in the Dar Il-Liedna open shelter for unaccompanied children now live in fear of being arrested and detained at any moment following the arbitrary arrest of two Bangladeshi minors by the Principal Immigration Officer (PIO), based on controversial evidence that they were allegedly adults.

The two teenagers had been rescued at sea by the Armed Forces of Malta (AFM) and were disembarked in Malta on the 26th of May 2022.  They were directly taken to detention in the so-called “China House” detention centre in Ħal Far and declared that they are minors at a later stage. They were released on the 21st of June 2022 after being confirmed as minors following an interview with social workers from the Agency for the Welfare of Asylum Seekers (AWAS) which is the Agency responsible for carrying out such assessments for unaccompanied minors (UMAS).

END_OF_DOCUMENT_TOKEN_TO_BE_REPLACED

This second article summarizes the Concluding Observations on Malta issued by the UN Committee on the Rights of the Child and follows our first article that focused on shadow reports submitted by civil society organizations and other stakeholders.

All the review documents (State Report, List of Issues, Civil Society Input, List of Delegation, Concluding Observations) may be found on the OHCHR site, under Malta.

What are Concluding Observations?

Malta is required to submit regular state reports to the Committee on the Rights of the Child (CRC) on how rights provided by the Convention on the Rights of the Child are implemented. Following an analysis of these reports and of the shadow reports presented by interested entities, the CRC adopted Concluding Observations on Malta wherein it presented its concerns and recommendations.

Concluding Observations should be widely publicised in the State party as they serve as a basis for national debates on the improvement in the enjoyment by children of their fundamental human rights. Malta is also expected to follow up the recommendations provided in the Concluding Observations, as these will be looked at in the Committee’s next review.

What did the Committee on the Rights of the Child say about Malta?

Several topics were addressed by the Committee, including the allocation of resources, cooperation with civil society, children’s rights and the business sector, civil rights and freedoms, family environment and alternative care, disability, basic health and welfare, violence, non-discrimination, leisure and cultural activities, special protection measures and administration of juvenile justice. The Committee based its Concluding Observations on national and shadow reports, as summed up in our first article focusing on reports submitted by civil society organizations and other stakeholders.

END_OF_DOCUMENT_TOKEN_TO_BE_REPLACED

This morning aditus and JRS Malta submitted their joint submissions to the Malta Ministry for Education and Employment on the draft National Children’s Policy.  The draft Policy was launched for public consultation in November 2011.

In our joint submission with JRS, we gathered our proposals under two main headings.  Firstly, we urged the Maltese authorities to ensure a mainstreamed approach to any national children’s policy, to ensure that all migrant and refugee children are included in all policies adopted at a national level in an indiscriminate manner.

Secondly, we focused on key areas of concern to us with regard to the situation of migrant and refugee children in Malta including: detention, legal guardianship, the asylum procedure and the age assessment procedure.