We are extremely concerned to read of on-going negotiations between European Union Member States and Libya regarding the possible disembarkation in Libya of the twelve migrants rescued some days ago. Returning rescued migrants and refugees to Libya would expose them to serious human rights violations, which is a serious violation of international and European law.

International human rights law prohibits States from sending persons to countries where their life or freedom are in danger, or where they face a real risk of torture or inhuman and degrading treatment. Furthermore, in the context of rescue at sea, international maritime law requires that rescued persons – whoever they are – are disembarked at a place of safety. In view of the current turmoil in Libya, which is putting the lives of many Libyans at risk, and of the widely reported ill-treatment of non-Libyan migrants and refugees, it is clear that Libya cannot be considered a safe country in terms of international human rights law or of international maritime law.

In this regard we reiterate the September 2018 conclusions of the United Nations Refugee Agency:

“In light of the volatile security situation in general and the particular protection risks for third-country nationals, UNHCR does not consider that Libya meets the criteria for being designated as a place of safety for the purpose of disembarkation following rescue at sea.”

The undersigned non-governmental organisations, acting together as the #DontLetThemDrown initiative, strongly urge Malta, Italy and Spain to make sure that the rescued migrants are not disembarked in Libya under any circumstances. We urge the three Member States to reaffirm their commitment to fundamental human rights, as international legal obligations and also as shared European values.

Furthermore, we appeal for the immediate disembarkation of the rescued migrants at a place of safety in order to avoid further deterioration of their situation and that of the crew members.

aditus foundation, Integra, Jesuit Refugee Service Malta, KOPIN and Organisation for Friendship in Diversity presented joint submissions as part of their input into the Public Consultation on the National Migrant Integration Strategy 2015-2020 launched by the Ministry of Social Dialogue, Consumer Affairs and Civil Liberties (MSDC).

Our submissions were presented in response to the key areas and questions identified by the Consultation Document, namely

In our submission document, we outlined our recommendations in order to further develop the identified key areas into a comprehensive national integration strategy. Furthermore, we outlined a number of other sectors that need specific reference in any long-term national strategy on integration, these being long-term residence, family reunification, citizenship, political participation and health.

Specific mention was also made of the need to target the most vulnerable migrants including those at risk of extreme poverty, persons suffering from health (including mental) problems, persons with a disability, single heads of households, unaccompanied minors and separated children, and victims of torture, human trafficking or other forms of severe human rights violations.

Finally, we recommended that the national strategy should be backed up by valid disaggregated data which must be collected and analysed regularly and that monitoring of such is a key in order to continuously assess the implementation and effectiveness of the strategy itself.

Our full submissions are available here (.pdf). It can also be found on our Publications page, under the Policy Input heading. 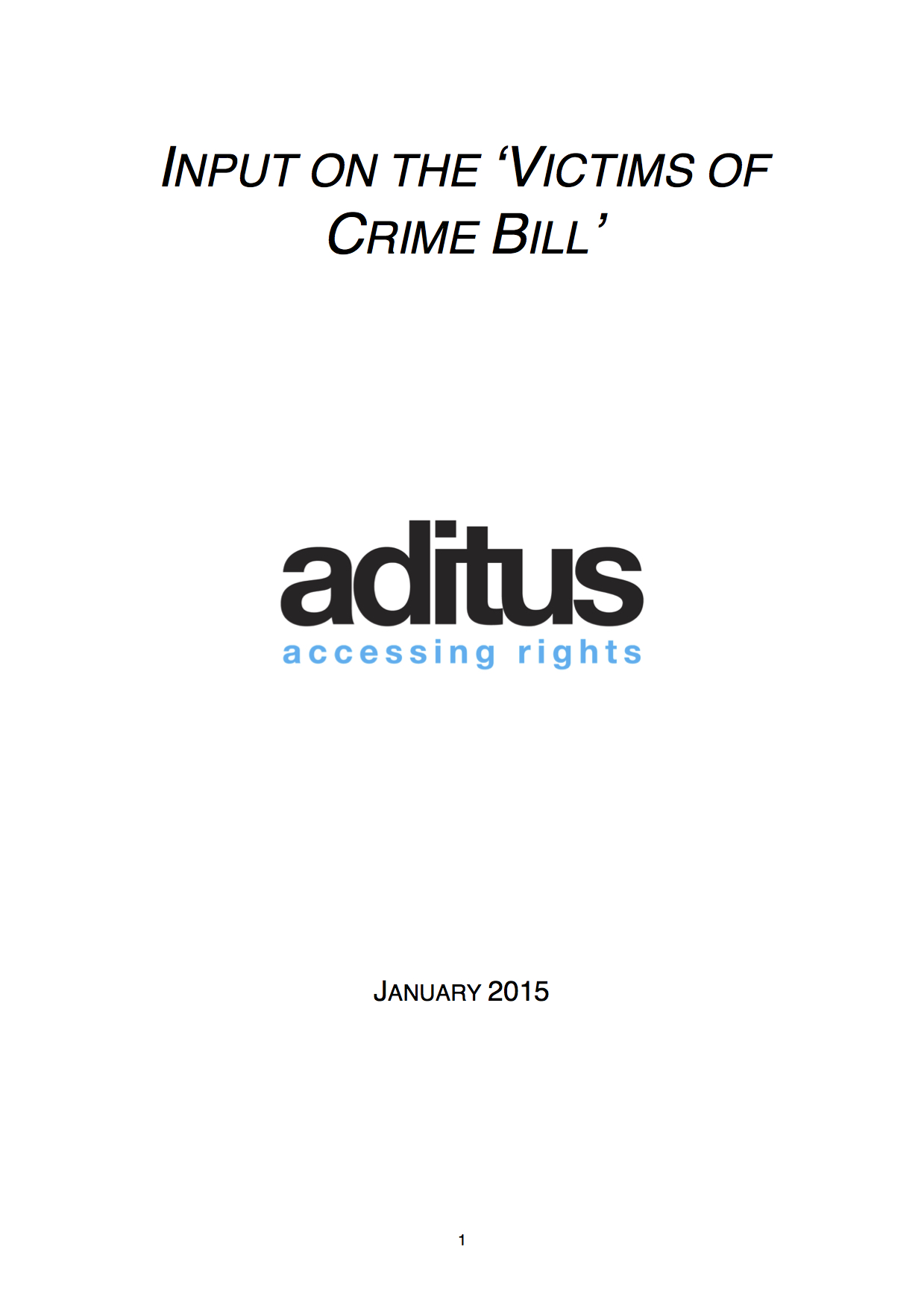