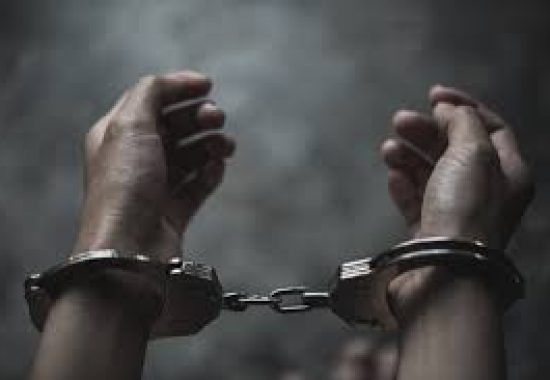 As a Malta-based NGO aditus monitors, acts and reports on access to human rights in Malta. We provide information and assistance to persons seeking to secure enjoyment of their fundamental human rights, or attempting to obtain an effective remedy against violations. It is within this spirit, that we have and will continue to engage with stakeholders to ensure adherence to Malta’s international, regional and national obligations.

In recent news we have been seeing an increasing number of migrants who have been imprisoned for months after being found guilty or pleading guilty to entering or being present in Malta with false documentation. In the asylum field there is an understanding that refugees will frequently be unable to legally leave their countries, travel and enter a safe country and this blogpost attempts to expand on the legal and policy observations surrounding these issues.

Article 31(1) of the Convention Relating to the Status of Refugees to which Malta is a Contracting State, stipulates the following:

“The Contracting States shall not impose penalties, on account of their illegal entry or presence, on refugees who, coming directly from a territory where their life or freedom was threatened in the sense of article 1, enter or are present in their territory without authorisation, provided they present themselves without delay to the authorities and show good cause for their illegal entry or presence.”

The inclusion of this article in the Geneva Convention is a recognition of the fact that frequently refugees make use of illegal means in order to leave their country of origin. This is due to the nature of their flight, which could include: persecution by their own State; failure of their State to protect them from persecution by a non-State entity (e.g. an armed militia) and also civil war. It is also important to highlight that clients from countries one would assume to be ‘safe’ (e.g. Turkey, Egypt, Iran, Nigeria) might be facing individual circumstances amounting to persecution in terms of the refugee Convention.

Elements of Article 31(1) of the Geneva Convention

In the 2015 Strategy for the Reception of Asylum Seekers and Irregular Migrants, Malta had revised its migration and asylum policy and distanced itself from the automatic administrative detention of asylum-seekers who enter or are apprehended in Malta in an irregular manner. Malta had acknowledged the reality that asylum-seekers fleeing war and persecution are rarely able to enter Malta in a safe and legal manner, and that they are consequently obliged to resort to dangerous and irregular means of entry.

Although in recent years the Maltese government has shifted from the 2015 policy approach to a situation of detention by default, that document reflected the realities of asylum-seekers embarking on boat journeys across the Mediterranean without documentation.

However, the 2015 Strategy does not apply to those asylum-seekers who, possibly opting not to risk their lives at sea, procure and utilise false documentation in order to enter through border crossing points, such as Malta International Airport. On the contrary, the irregular crossing of this group of persons is criminalised, resulting in prosecution and imprisonment.

We wish to highlight the inconsistency of an approach that saves some refugees from punishment due to irregular entry, and whilst sending other refugees to prison for a period between 6 months to two years.

From a procedural point of view, international refugee law is not directly applicable in Malta’s Courts. Nonetheless, it does present legal obligations binding to Malta and its Courts. Until the relevant provisions in the Criminal Code and the Immigration Act are amended, this provision could be relied on in argumentation during criminal procedures brought against refugees holding fake passports or documents. Lawyers defending their clients, whilst relying on the Convention provision, can also:

In practice, refugees in Malta apprehended with fake documents are brought before the Magistrates Court (Criminal Judicature) and in most cases condemned to serve a prison sentence. The prosecutions are based on the Maltese Criminal Code and Article 32(1)(d) of the Immigration Act, which foresee the use of false or forged documents as invariably constituting a criminal offence, with no exception for refugees in law, practice or jurisprudence.

Whilst a not guilty verdict might be difficult to secure due to the legal situation created by the above-mentioned local legislation, we have nonetheless observed judicial practice in handing down suspended sentences in cases emphasising the client’s circumstances and motivations in the past.

Futhermore, we will continue to advocate with stakeholders for the inclusion of an exception for refugees using false documentation to enter Malta. Providing safe and legal ways to reach a place of safety is the most effective way to prevent refugees from resorting to unsafe and irregular means of travel to access Europe, thereby saving lives.

This blog was written within the ambit of the project Strengthening Access to Justice for Improved Human Rights Protection which has as its objective improving access to justice for individuals wishing to strengthen their human rights protection in those instances when they feel that they have been violated. This project is supported by the Active Citizens Fund (ACF) in Malta established under the specific Programme Area for Civil Society part of the EEA Financial Mechanism 2014-2021.